As January of 2015 rears its ugly head, amidst the cloud of graduate final project stress, who should approach me but the marvellously talented Mr Paige to ask me about making puppets.

Well, puppets with a twist. I've never worked in latex before, not that I was going to let Ryan know that. What ensued were weeks of building foam and wire skeletons and trying to build something that seemed impossible.

Two puppets of the same character (The letcherous frog) for a short 12 minute fantasy drama. He had to talk, smoke a hookah pipe and ride on another characters shoulder (whilst talking). Below are some clips of the finished frog in motion!

The finished result was something I was enormously happy with. The only thing I wish I'd been able to improve upon was having eyes that moved and blinked. However with the miniscule budget and time we had afforded for this project, simply redrawing the pupils on static eyeballs (ping pong balls) worked pretty damn effectively.

The film clips above were all filmed over a week of principal photography with a Blackmagic 2.5k Cinema Camera in Prores 1080p with Canon EOS lenses. I also puppeteered the creatures on set which gave me last minute fix and stitch time (A hot glue gun ever at the ready). Though incredibly other than a couple of tears at the shoulders the puppets remained undamaged by the movement and transportation the whole week.

Now for some build photos:

Firstly some eye tests from Kinder egg cores, it's unclear in the photo but these (albeit a little crude) mechanical eyes could look left and right, up and down, and later on even blink. The chocolate was necessary.

Unfortunately the eyes were made more complex by the arrangement of the eyes on the Argentinian Horned frogs (of which this one's design is based.)

The sexiest of Frogs.

Unfortunately I've been disorganised and lost a lot of the photographs I had at that time, so only have a few of the fabrication process.

The frog had a foam body, with galvanised steel wire for spine and arm / leg structure. It was held together with hot glue and the latex itself. To get the colouration on the latex but retain waterproofness (for predictable English weather) I mixed in paint with the latex itself, and painted the top layers in the recognisable frog pattern of the Argentinian horned frogs.

I began, like with all the puppets, with an all too familiar paper build.

Translated into a foam prototype (Frog head A attempt 1).

The foam head (and paper sizing up the body.)

Alas, as I wrote, I seem to have lost a lot of the build photographs so longer am in posession of the foam stage of the finalised two frogs, but this was a stage where between Ryan and myself we really looked at the foam prototype, the reference photographs and worked out proportions, expression and movement.

Does not appreciate travelling economy.

Swaddled, ever the diva on set.

Really happy with the conclusion of this project. Here are the two next to one another for a direct comparison. I was pretty meticulous with the colour patterns and facial proportions, because I really had to maintain the illusion of one creature. The arms and legs I took a little more artistic license with because, frankly, the Argentinian frogs are so crazily proportioned anyway I thought it would be the least noticable liberty to take.

Anyway I think Mr Paige was pretty happy with the end result. 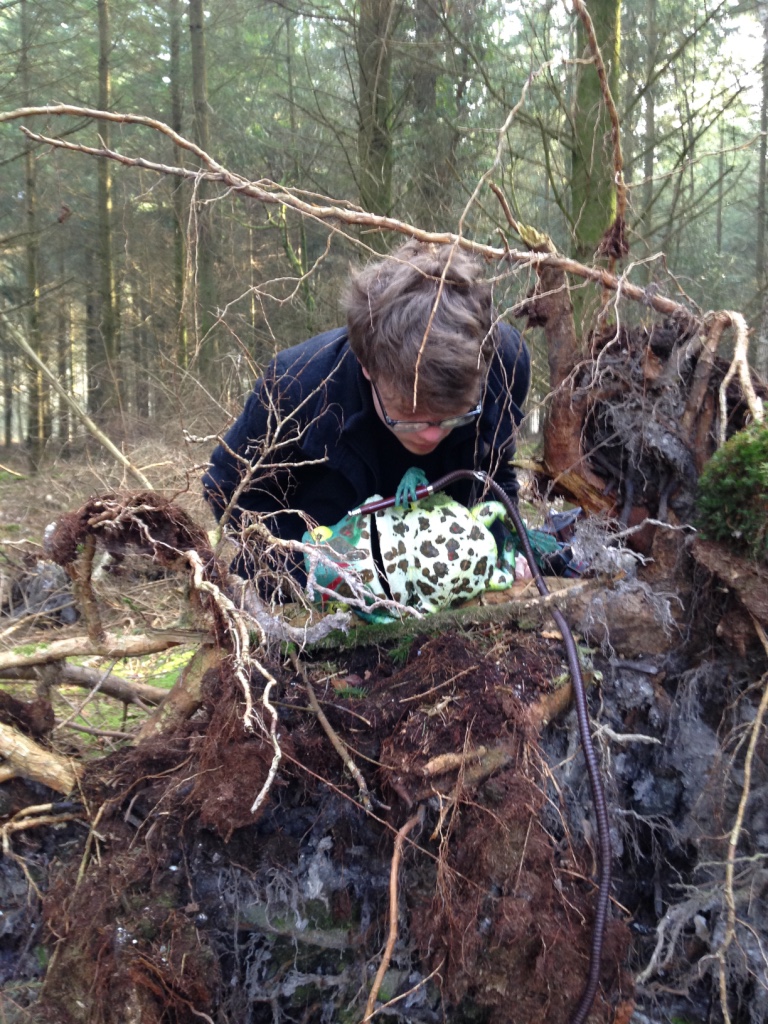 A very concentrated expression from me as I practise the arm movement. (I had headphones with the pre-recorded frog lines which I would immitate from behind the stump. Ryan's voice was then later overdubbed, so while my voice was only a guide, it was important to get the pace and intonation / body movement correct with the lines.) 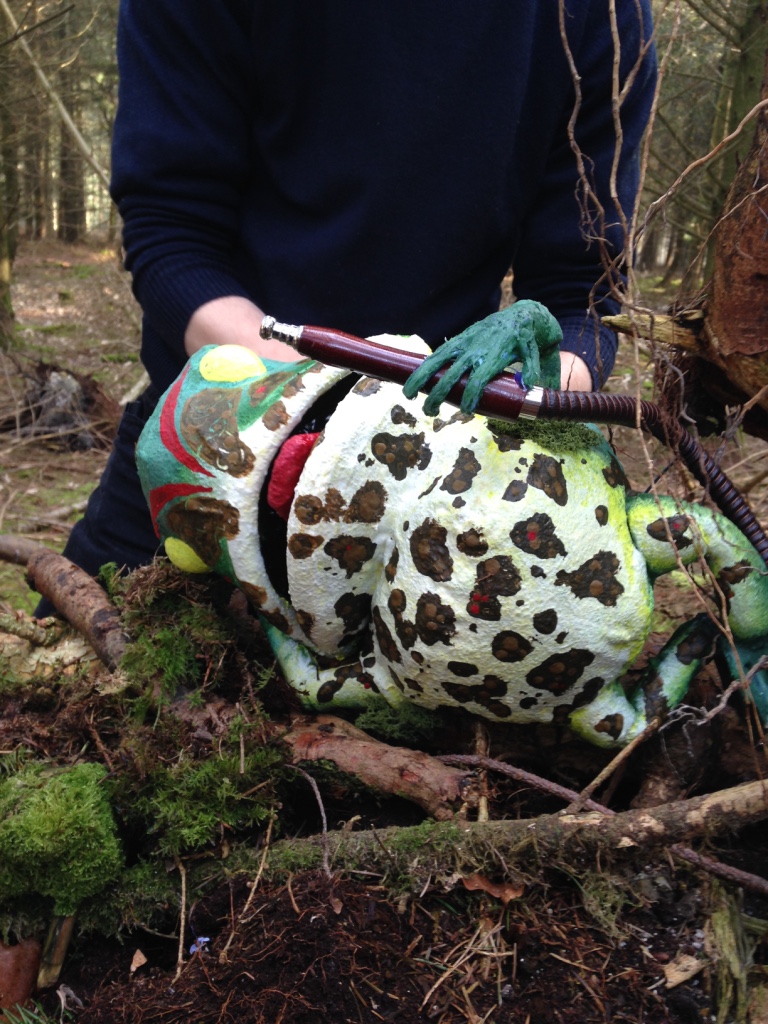 Our sound man Joe looks truly disgusted by the kiss.